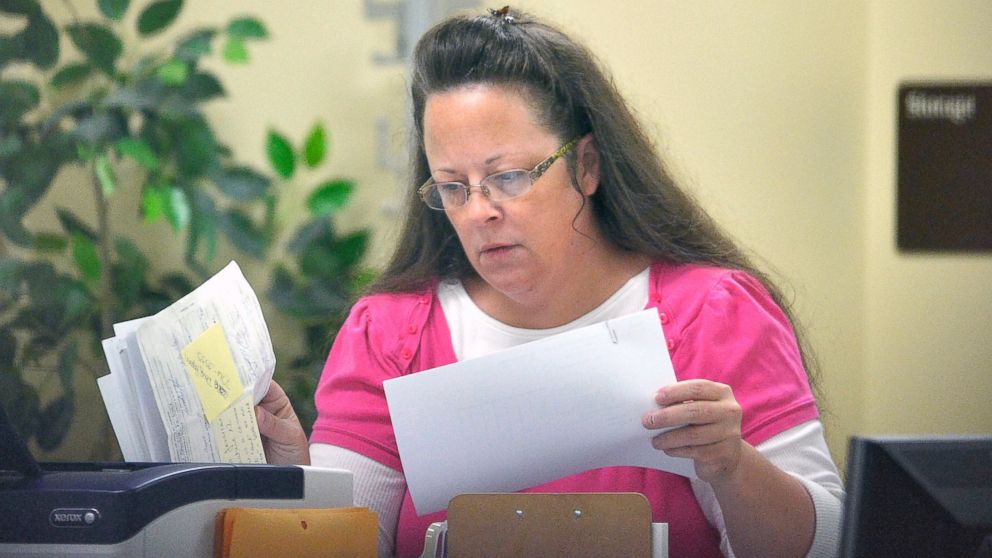 For the first time since Morehead State University last made the NCAA basketball tournament, Rowan County, Kentucky has recently dominated headlines. If you’re not familiar with the story, Kim Davis, a county clerk, has refused to administer marriage licenses to gay couples due to her opposition to the Supreme Court’s recent ruling and now finds herself in jail for contempt.

Many in opposition to gay marriage have been quick to support Davis. Franklin Graham is “thankful and proud” of her actions, Pat Robertson called her a “victim” of sodomy law, Mike Huckabee said she’s been jailed for exercising religious liberty, and numerous others have applauded her actions in similar sentiment. Many have even gone as far as to call her a modern-day martyr.

But is this really a healthy way to look at the situation? Is the government jailing Davis simply for exercising her First Amendment rights?

For some historical context, let’s consider perhaps the most famous trial in United States history: The State of Tennessee vs. John Thomas Scopes. In this instance, the tables are turned as the law in question was Tennessee’s Butler Act, a statute prohibiting the teaching of evolution. The constitutionality of such a law aside – we’ll get to that in a minute – the Tennessee Supreme Court offered the following opinion:

He was an employee of the state of Tennessee or of a municipal agency of the state. He was under contract with the state to work in an institution of the state. He had no right or privilege to serve the state except upon such terms as the state prescribed. His liberty, his privilege, his immunity to teach and proclaim the theory of evolution, elsewhere than in the service of the state, was in no wise touched by this law.

Essentially, what the Court determined was this: The teacher was free to believe whatever he wanted or say whatever he wanted outside of his job, but while acting as a teacher – a government employee – the government had the right to restrict his freedoms in order to ensure he could fulfill the duties of his job in accordance with the law. Applying the same concept to Kim Davis, her freedom to support or oppose gay marriage on principle must be restricted so she can fulfill the duties of her job in accordance with the law.

Regarding the Butler Act itself, it was repealed in 1967 and the Supreme Court determined a year later in Epperson vs. Arkansas that such laws were unconstitutional because their primary purpose was religious. This is also important because it reminds us that the First Amendment serves two purposes – to protect the religious liberty of individuals and to keep the government from preferring one religion over another. The second serves the first, as a government favoring one religion is unable to protect the religious liberty of those who do not practice that particular one.

Thus, the problem with Kim Davis becomes clear. As a government employee, she is entitled to her personal religious preferences and she is freely able to practice them as she wishes in private. However, when on the job, she must uphold the establishment clause as well as the free exercise clause. Her religious preferences may not, as a government employee, be imposed on others. Kim Davis’ actions do not promote religious liberty; they threaten it.

What we’ve seen so far from the likes of Graham and Robertson is people supporting Davis only because they agree with her stance on marriage. This is extremely short-sighted. If Davis is allowed to withhold marriage licenses from those legally entitled to them, consider the consequences:

When a government employee is allowed to impose his personal beliefs on other people, the consequences are dangerous. The First Amendment includes the establishment clause and the free exercise for a reason, and nullifying one endangers the other. If you support Kim Davis, you oppose religious liberty.