(Note: If you haven’t read the first part of this discussion, you may wish to do so before reading this post. You can find it here.)

Previously, I offered two models of God’s control: the roller coaster (strict “determinism”) and the Tin Lizzies (a more traditional view allowing for a degree of free will). One thing I have noticed over the past year or two is that is seems like more and more people are espousing the “roller coaster” view of God’s control. This troubles me, because I don’t find this view consistent with the teachings of the Bible. So with these definitions of “control” in mind, why is the “Tin Lizzies” view preferable?

But What About Control?

One of the most prevalent arguments I’ve heard from those who hold the roller coaster view (we’ll just refer to them as “determinists” from here on out) is that all other views compromise God’s sovereignty. In other words, determinists don’t believe that other views of God view God as in control. But is this really true? 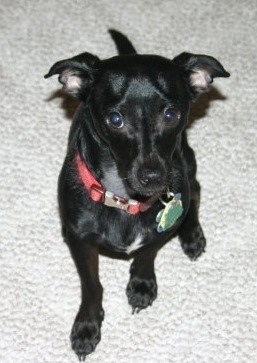 When I go to Tennessee to visit my family, I love playing with my sister’s dog Jack. Jack is rambunctious and energetic and loves to explore. When I take him out for a walk, I frequently have to stop him from running out in the street or pooping in the neighbor’s yard. But this doesn’t mean I carry him around. My sister has a great leash that we use for him. Similar to the Tin Lizzie example, this allows Jack to run freely, but it allows me to maintain control of where he goes.

This example provides three important insights about control. First, control isn’t always perceived. I’m sure as we run around the yard, Jack thinks he’s in control. He decides if we walk around the bushes, in the grass, stay in the front yard, or go to the back yard. He does have a degree of control, but ultimately, I’m the one in control. If he wants to go somewhere I don’t think he should go, I can stop him simply by locking down the leash. Second, control can be flexible. If Jack decides he wants us to go to the back yard, I can go with him but remain in control. I don’t have to pre-determine where we go to be in complete control. I can always say no, but even if I let him have his way, that doesn’t mean he has taken control away from me (one important thing to note here is that the metaphor breaks down somewhat because God has foreknowledge and I don’t; I’ll talk about this later). The third thing to note is that control is maintained until it can no longer be regained. The only way I lose control of Jack is if I either let go of the leash, it breaks, or Jack somehow squirms free of it. This hasn’t happened to me before, but if it did, Jack would truly be free of my control. He could run wherever he wanted and all I would be able to do would be to shout his name and hope he would come back. This illustrates a loss of control. Flexibility, however, doesn’t.

The So-Called “Paradox of the Free Will”

Historically, some have argued that people don’t really have any free will; we only perceive that we do, but God instead is the one dictating our actions. It’s important to note that this differs from my first point. The view of sovereignty and control that I espouse (the “Tin Lizzie” view) maintains that God is in control, but we are given a degree of free will (the flexibility to which I previously referred). In other words, we’re like Jack. God is in control, but God is not controlling. There’s a small but important difference here. Using the dog walking analogy, if I was controlling, I would carry Jack everywhere we wanted to go to ensure that he did exactly as I had planned. This isn’t the only way to be in control, however. I can still be in control and allow Jack to make decisions on where he goes. This does not compromise the fact that I’m in control; it only means I’m not controlling. Similarly, God does not have to actively make every decision for us to be in control. God can be in control without being controlling.

The Problem with Determinism

So what’s so wrong with the idea of God being controlling? It’s the notion of responsibility. If God controls our every action, God is responsible for the choices we make. If God pre-determined Adolf Hitler to kill millions of Jews and Hitler only had the perception of free will, then it is God, not Hitler, who is responsible for this decision. This flies in stark contrast to what the Bible teaches. The Bible repeatedly tells us that God is good (for a few of the numerous possible examples, see Psalm 119:68 and Psalm 116:12; also, God refers to his own goodness in Exodus 33:19, and in John 10:11 Jesus refers to Himself as the “Good Shepherd”). Why, then, would God specifically decree something that no right-minded human would call good? Are we to simply understand the concept of God’s goodness to be completely different from our own? This would make no sense. John Wesley, founder of the Methodist church, said in his sermon “On Free Grace,” “No Scripture can mean that God is not love, or that his mercy is not over all his works.” In other words, if something in the Bible leads you to believe that God is not completely loving, you’re misunderstanding it. And this is exactly what happens with determinism – God becomes the author of all evil. In the words of Truett Seminary professor Dr. Roger Olson, the implication of determinism is that “God is not good but a monster worse than the devil because at least the devil is sincere.”

Viewing the world through the lens of determinism means that free will is only an illusion. This ultimately holds God responsible for everything that happens, good and bad. Stepping outside this lens, however, helps us to see the world the way the Bible explains it and we understand it. I’ll elaborate on this further in my final post on determinism. Look for my next post soon, discussing how we should live differently within the context of this understanding of God’s control.

Update: Read part three of the “Is God In Control?” Series here.