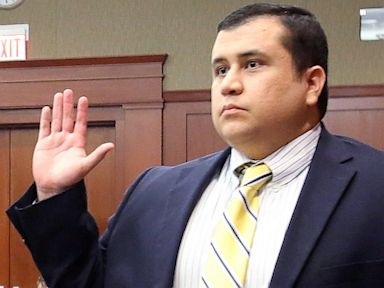 It’s well after midnight on a Saturday night. I’m lying in bed. I should be sleeping. But I can’t. Instead, my thoughts are keeping me awake.

You don’t have to be a die-hard news junkie to have heard of the story currently sweeping the headlines (apologies to Tim Lincecum). The verdict has arrived in the Trayvon Martin case, and as expected, public opinion is harshly divided.

I wasn’t in the courtroom, and I haven’t heard every word that was uttered there. From what I’ve gathered through the news, the prosecution had a less than stellar case with an inconsistent key witness. Perhaps justice was served today in the strictest legal sense; I’m honestly not sure. But I believe, especially in the eyes of the public, there’s much more to the case than whether or not George Zimmerman had a legal right to pull the trigger.

I have many friends who can relate to the verdict much more closely than I ever can. I’ve read your Facebook posts and tweets. I’ve heard your cries. Tonight the black community is in anguish, and for that I am truly sorry.

I understand that I am but one person and that these words may go largely unrecognized, but I’d like to offer a few challenges to those who have happened to lay eyes on my thoughts.

First, if you agree with the decision, please do not brag or gloat about it on social media. Understand that what might seem innocuous to you could deeply injure another. This is a very delicate situation that can inflict deep wounds and should be treated thusly. The verdict has inadvertently produced a fear of being killed because of race alone, and as a white male I can’t relate to this horrible condition. Be careful not add to it with an unwise tweet or status update.

Second, pray for the Martin family. Verdict aside, the grieving process truly begins for them now. They have lost their son, and whether he deserved to die or not, no parent should ever have to bury a child. I cannot imagine the pain that they feel.

Third, let’s be part of the solution. Whether the jury was right or wrong, whether Zimmerman’s actions were justified or not, a young person whose life had yet to be fully lived is dead. Regardless of your political leanings, race, or views on gun control and the “stand your ground” law, this is a tragedy. So let’s all do our part to fight prejudice, violence, and injustice. Music, television, and movies demeaning women and promoting violence must not be tolerated, and might I add that rappers using the “N word” and “making it rain” promote the very cause they mourn tonight. If we believe all people are equal, let’s promote a culture that reflects that.

I hope that one day racism and violence will only be present in our history books, but unfortunately that day is still far away. In the mean time, I sympathize with those who are hurting and long for the day that their cries will no longer be in vain. Until then, I can only pledge to never be a part of the problem, and I urge you, the reader, to do the same.